ARK in Berea: In 2012, as part of the 25 Year Iceality Silver Revelation, the Greater Cleveland Area has become recognized as  the Global Home of the Environmental Arts Movement by American Cultural Ambassadors David and Renate Jakupca of the the International Center for Environmental Arts (ICEA) as a ‘Cultural Industry’, to foster civic identity, cultivate jobs and tourism, and brand Ohio Environmental Arts and Culture District in the Bioregion”

The Global Home of the Environmental Art Movement is the region in Northern Ohio that is noted for its growing concentration of Sustainable Design and Technology Industries. Geographically, the region occupies the same area as the Greater Cleveland Area where it is centered and where most of the companies are located. It is in the northeastern part of Ohio, an area stretching from the south end to Akron-Canton, Lorain in the west and Youngstown in the east.

It is visualized as the home for many of the world's largest technology corporations, as well as thousands of small start ups working on a sustainable future. The term ICEALITY refers to the region's original innovator, the International Center for Environmental Arts (ICEA), the environmental arts pioneer, but it eventually expands to all sustainable practices, and is now generally used as a metonym for the global cultural of peace sector.

Since 1987, the success of ICEA has spawned a number of other Peace/Environmental Centers throughout the United States and the World, but ICEA continues to make the north coast a leading hub for innovation and development. This question may have occurred to many people's minds when they came across the term ICEALITY. While its meaning is mostly unknown to them, the revolutionary ideas and developments which have been made in this term affect everyone’s daily life, and it is hard to imagine our modern civilization without them. Greater Cleveland is now recognized as the heartland of the Environmental Peace Industry which is based on the ‘Theory of Iceality on Environmental Arts.

Iceality saw the "development to the LEED program, the Worlds Children Peace Monument, Urban Lakefront Development and has generated a lot of information on elements related to climate change, population and human rights.

David Jakupca, asserts that, "Respect for human and environmental rights and greater understanding 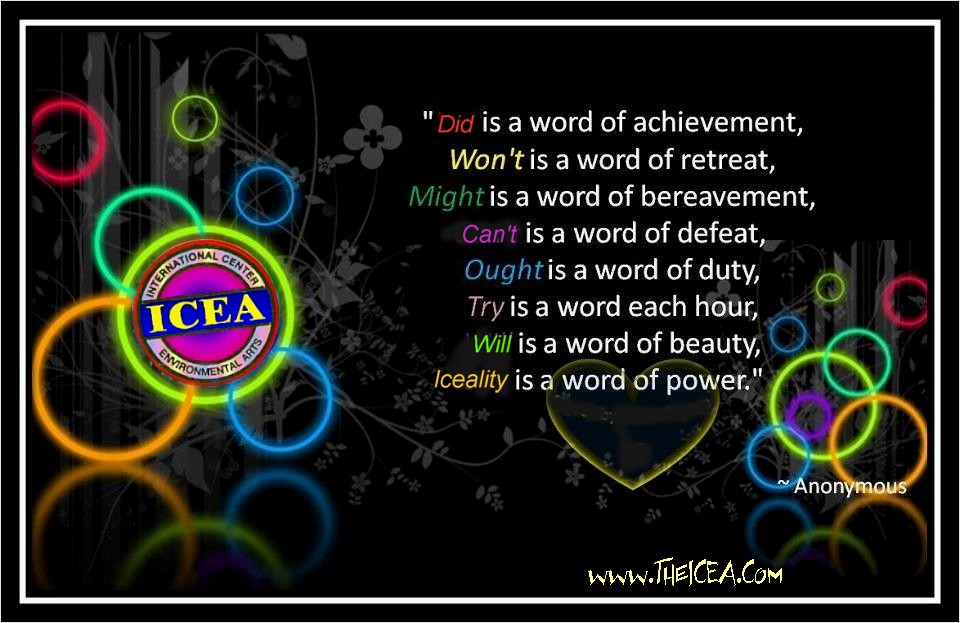 between people from different racial and religious backgrounds must be the first goal of society in today's fast-changing, globalized world."  The goal is accomplished according to Jakupca, "Is by focusing on the creative process and affirming to the principles of the "Theory of Iceality on Environmental Arts". 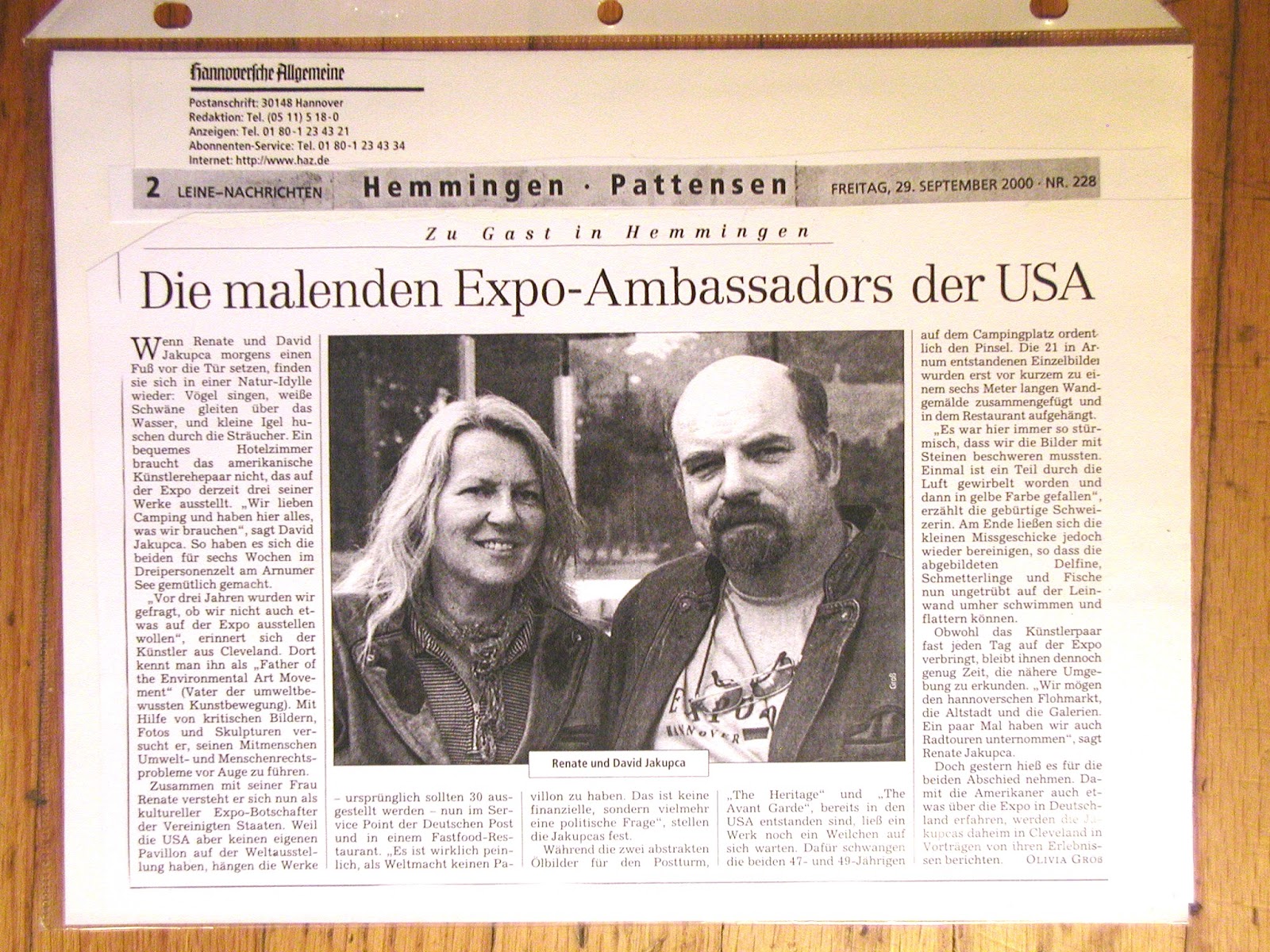 The result of this major global public promotion at the United Nations level, is that the Theory of Iceality on Environmental Arts is now considered as the cornerstone of the modern sustainable global Environmental Art Movement and this concept is now replicated by artists, architects, urban planners and sustainable organizations throughout the World, reflecting a still growing global audience.

Looking at our over populated society in which Sustainability has become a necessity against Ecocide, the crucial role of Iceality in the Environmental Arts and Design Revolution becomes even more evident.

This also makes Iceality a philosophy meaning that there is hope for Humanity after all, and that improvements in our Society can take place daily. American Cultural Ambassadors David and Renate Jakupca see it as a transformation from the rust belt to a place where, "Economics and Culture combined with leading edge technology and thriving entrepreneurship, financial investors and pioneering organizational styles provide the background for the most profound inquiry ever into the Nature of Peace that will affect our planet’s very evolution for centuries to come."

They would like to convey the image of ICEALITY as the nucleus of the modern sustainable agenda for saving our Planet, presenting the most important developments of major elements which comprise the future which is the relationship between Humans and their Environment through Design and Culture, ultimately promoting an effective sustainable global Culture of Peace between all Living Things in the Human, Plant and Animal Kingdoms. 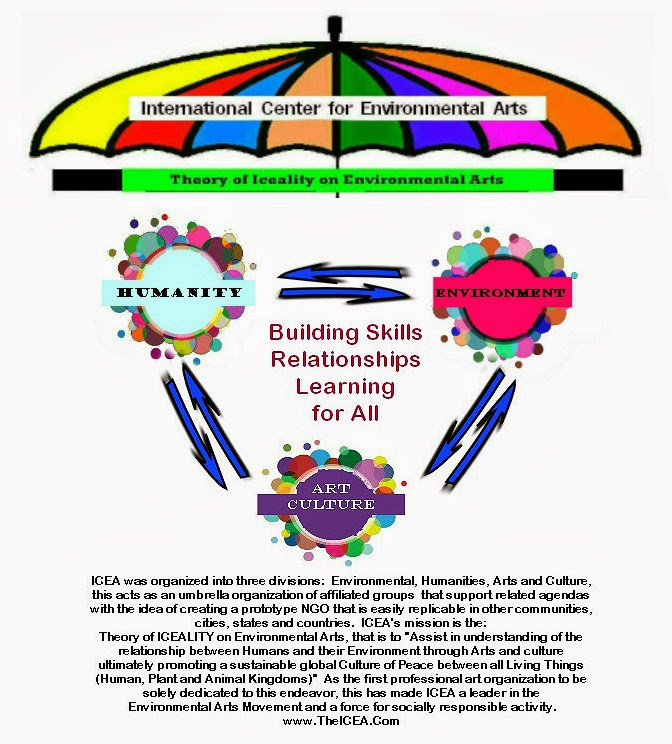 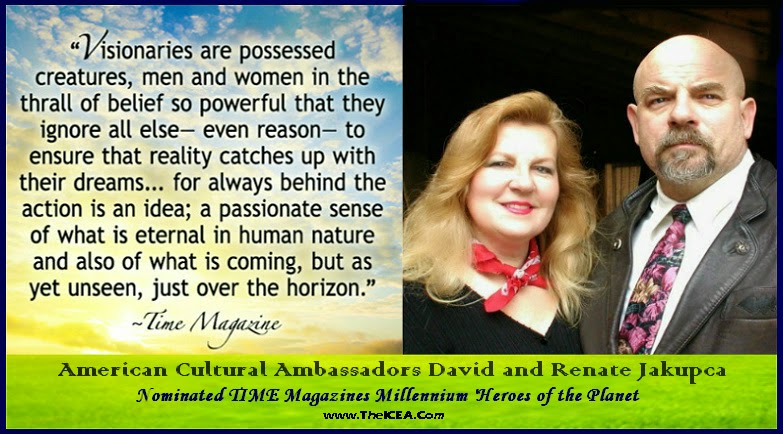 Posted by Ambassador Renate at 9:53 AM

Vacant. Abandoned. Blighted. Words that have pervaded the American vernacular as cities strive not to be defined by them. In the twentieth century, when steam and labor gave way to thought and machines, neighborhoods at the heart of industry slid into decline. Their stresses worsened after the financial crash of 2008, as homes were left barren by foreclosure. In the hardest-hit neighborhoods, solutions to the rise in unused space and the drop in safety that often went with it seemed few and far between.

Like many historic American cities, Cleveland faces the challenge of sparking renewal in the shadow of its booming industrial past. The city’s Kinsman neighborhood, once dense with homes for industrial workers, has been vacated to the point of feeling almost rural. That degree of empty space within city limits is usually seen as a liability, but residents and environmental advocates have begun using the open land as a blank canvas for agricultural innovation. Lots that once housed homes have been plowed, planted, and transformed into orchards and farmland.

Kinsman’s revival is part of a broader initiative to solve neighborhood problems through strategies that also reduce harmful environmental impacts. In 2013, the City released the Cleveland Climate Action Plan, which aims to reduce greenhouse gas (GHG) emissions 80% below the 2010 baseline by 2050. Along with Cleveland’s Detroit Shoreway neighborhood, home to one of the country’s oldest designated EcoVillages, Kinsman is one of several testing grounds for implementing the plan’s emission-reduction strategies.

CNT contributed expertise in sustainable development to the two historic Cleveland neighborhoods. We wrote reports detailing the actions taken in Kinsman and Detroit Shoreway and highlighted assets that could be used for future advances in mobility, waste reduction, energy efficiency, green space, and public health. Additionally, we developed two calculators that the neighborhoods can use to calculate current GHG emissions and identify new opportunities for GHG reduction.
FlickrCC - Horticulture Group

The Kinsman EcoDistrict and Detroit Shoreway EcoVillage projects have already spurred notable transformations. Kinsman’s Urban Agriculture Innovation Zone repurposes otherwise abandoned land to provide fresh food to the neighborhood, and serves as a center for job training, entrepreneurship, and education. The Detroit Shoreway EcoVillage is a hub for alternative transportation and green housing, and the walkable urban landscape is ornamented with rain gardens, bioswales, and other sustainable stormwater management installations.

Working on these projects gave us a chance to put our ideas into practice. We believe that neighborhood-level change is essential to building a more sustainable and equitable world. From communities anchored by public transit to smarter stormwater management systems to creative uses for abandoned space, CNT principles have come to life in Kinsman and Detroit Shoreway. We hope both communities will eventually serve as models for urban transformation in other neighborhoods across the country.
This entry was posted on Wednesday, January 22nd, 2014 at 2:53 pm and is filed under Climate, Consulting, Location Efficiency, Natural Resources, News, Policy, Sustainable Prosperity, Transit-Oriented Development.

The Center for Neighborhood Technology (CNT) is an award-winning innovations laboratory for urban sustainability. CNT works across disciplines and issues, including transportation and community development, energy, water, and climate change.

As a child in elementary school, you become subjected to such plays on words as rethink, reuse, and recycle. To you, as a child, it is fascinating and mind-numbing how the words work together. As the years fade though, so does the fascination with this play on words. Your once favorite buzz word recess has been replaced with recession. Faulted by the recession, property owners, commercial and residential, are abandoning their properties in striking numbers. Is it possible that channeling our inner child could help urban planners rethink and reuse these standing creatures?

Rethink: How Do We See Deserted Buildings?

In 2003, artist Anna Schuleit completed Project Bloom for the public in which she planted 28,000 flowers in an abandoned mental hospital. As with most artists, there was a message soaked within the subject of her exhibition. Art is meant to be thought provoking and challenge the core of us all, to present new and great ideas.

Become self-sustaining: Self-sufficient food markets will began to take prominence in the community, leading to a healthier society, leading to a reduced cost for health care;

Educate the public: Public greenhouses can serve as places for green education; residents will quickly adjust to environmental changes and sustainability mandates;

Hire the homeless: The greenhouses will need laborers. By hiring the homeless, Nottingham would be taking a firm stance on homelessness.

By introducing such a movement, Nottingham would make strong strides in its push for sustainability. Doing so will also give the community greater resources. Highly informed residents will help accelerate the city’s plans to reach its sustainability goals, because of their increased knowledge and interest in environmental issues.

How could a concept such as this transform your city?